Amidst Delhi's Pollution Woes, are Cleaning Towers and Drones the Way Forward?

The national capitals name has some what become synonymous with air pollution with the city's air quality being among the worst in the world. Residents of Delhi are breathing about 25 times more toxic air than the permissible limit according to WHO (World Health Organization) guidelines, as on November 2019. Delhiites may live around 17 years less than their expected life based on the current average PM 2.5 level in the capital. Clean air is becoming a challenge in majority of growing economies.

Over the past years the National Capital has turned into a gas chamber with a blanket of thick smog all over the city and its neighbouring areas filled with high level of PM 2.5. PM 2.5 is a micro pollutant, just 3 percent the width of a human hair. It enters the bloodstream rapidly and creates cloths, blocking the blood flow, and may lead to brain or heart attack, along with other diseases2. The AQI level reached 1350 and the PM 2.5 level reached 999, in November 2019. PM 2.5 pollution contributed to nearly 30 lakh early deaths in 2017, more than half of it in China and India. In the Indian capital, air pollution has reached dangerous levels3.

The non-profit study by Studio Symbiosis looks at a multitude of solutions to create a comprehensive strategy to tackle and rectify this imminent threat, which is denying clean breathable air to the residents of Delhi National Capital Region (NCR). Everyone who can afford is buying home air purifiers but why is clean air becoming a luxury and only accessible to limited people?

Pollution in Delhi is generated due to internal factors of transport, construction, open landfills, thermal power industry and diesel generators. Alongside external factors of stubble burning in the adjoining states of Haryana and Punjab push the PM10 and PM2.5 into the NCR.

Aũra: Breathing Lungs of the City

“Aũra” relates to distinctive atmosphere or quality that seems to surround and be generated by a person, thing, or place. In Greek and Latin, it means breath, and this is what we are looking for to have the residents of city of Delhi, being able to breathe clean and pure air.

Design of Aũra has been developed using principles of aerodynamics, to create a form that propagates maximum surface area and increased wind speed for a robust and efficient performance.

Simulation studies were conducted to attain minimum resistance and maximum surface area to achieve this optimum design. An elliptical geometry has been designed as the starting point, as this gave us the minimum resistance, and also for the same reason is the geometry used for the wings of an aircraft. The form was further developed by twisting the form, this twist in geometry channels the wind along the surface of the tower in the z direction, thereby exponentially increasing the surface area.

These cleaning towers designed as 60 m and 18 m high respectively. They can intake polluted air from 360 degrees. “Aũra” has two main chambers. One to increase the relative velocity of the air and the other cleans the massive intake of air before sending it out at great speed and throw. The clean colder air is coming out from the top enabling a greater throw in the atmosphere, travelling larger distances. The cleaning tower designed at 18 m height is able to clean 30 million cubic meter of air every day. Capacity to clean 1,115,000m3 per hour. An average adult working inhales around 16m3 of air over the course of an 8 hour working day.

The system works, by taking polluted air from the upper area of the tower, which travels vertically within and is thrown out from the bottom of the tower. The section of Aũra further creates a compression and acceleration of intake wind, thereby increasing wind velocity within.

The design of the tower consists of a triangulated component, to ensure ease of execution. Each component is tapered in to create a compression of wind and thereby further increasing the air being pushed in.

Green planters are provided on the surface of the cleaning tower to produce more oxygen. This is a system with integrated drip irrigation.

Aũra has been developed at four different systems, catering to different conditions of range and varying atmospheric wind speeds.

Days that record the highest pollution are the days when the wind velocity drops. Most of the cleaning towers work with a natural draft of wind and with these tall towers with a 2.5 km cleaning range are grafted within the city, they will have a reduced output during the time of peak pollution, as there is no wind to push the pollution towards these towers.

Given this fact, a secondary system of “Aũra hotspots” have been designed to be grafted within the city. These towers are designed as 18 meters high and they create a grid that ensures clean air in the city. These hotspots are effective, even when the wind speed drops and the pollution level increases. By placing these Aũra hotspots, we can ensure clean air throughout the city. These towers have a smaller range of 1 sq km and are highly effective in cleaning the city during days with low wind speeds and highest pollution levels. Hotspots for each neighbourhood where residents can enjoy clean air in the evenings or on the weekend in close proximity.

The third system looks at objects in motion, moving through the city of Delhi. Given that we don’t want to play with nature and generate artificial wind, a simple attachment on top of cars has been designed. This element looks at the aerodynamics of a car and the streamlines as achieved during computational fluid analysis, are being pushed through these “Aũra velocity”. This ensures that the part of the problem becomes a part of the solution. The more these cars move in the city, the more they clean the city. It is a design of inclusion, rather exclusion. So a scheme like odd even would not need to be enforced as these cars will act as a hive of micro air purifiers. We are suggesting that cars are equipped with the “Aũra velocity”. As a consequence, everyone who has inadvertently become a part of the problem, will contribute as being a part of the solution.

The fourth system looks at a network of drones, flying through the city of Delhi. These “Aũra Falcon” drones are components nested within the cleaning towers that detach and move around the city guided by live updates of the pollution levels. They double up as cctv cameras with an added feature of security.

This defensive and preventive network of “Aũra Hive”, looks at creating a clean future for the city of Delhi and as well as various other cities around the globe. Clean air should be accessible to every resident of the city and not only limited to people who can afford it. 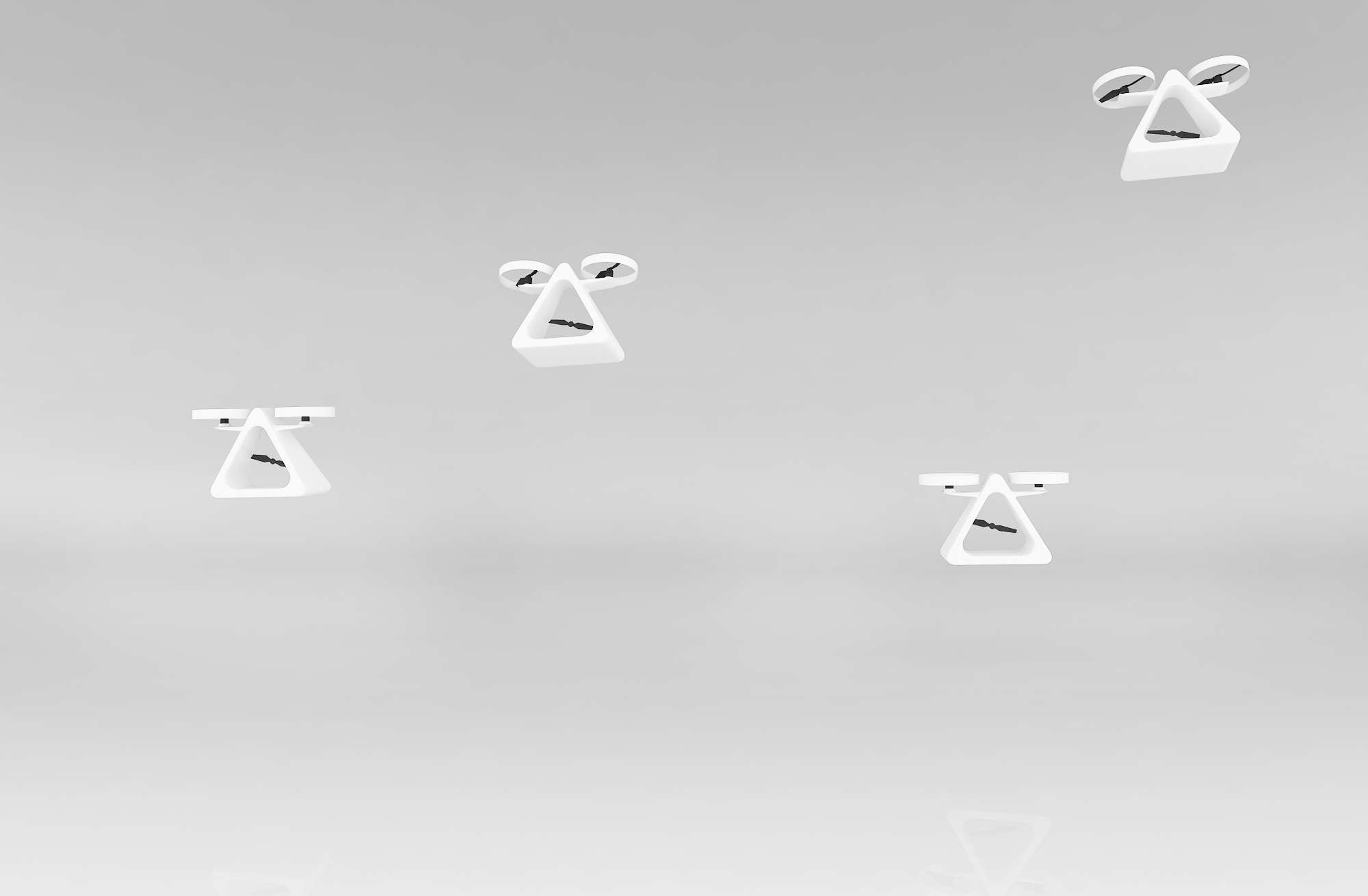 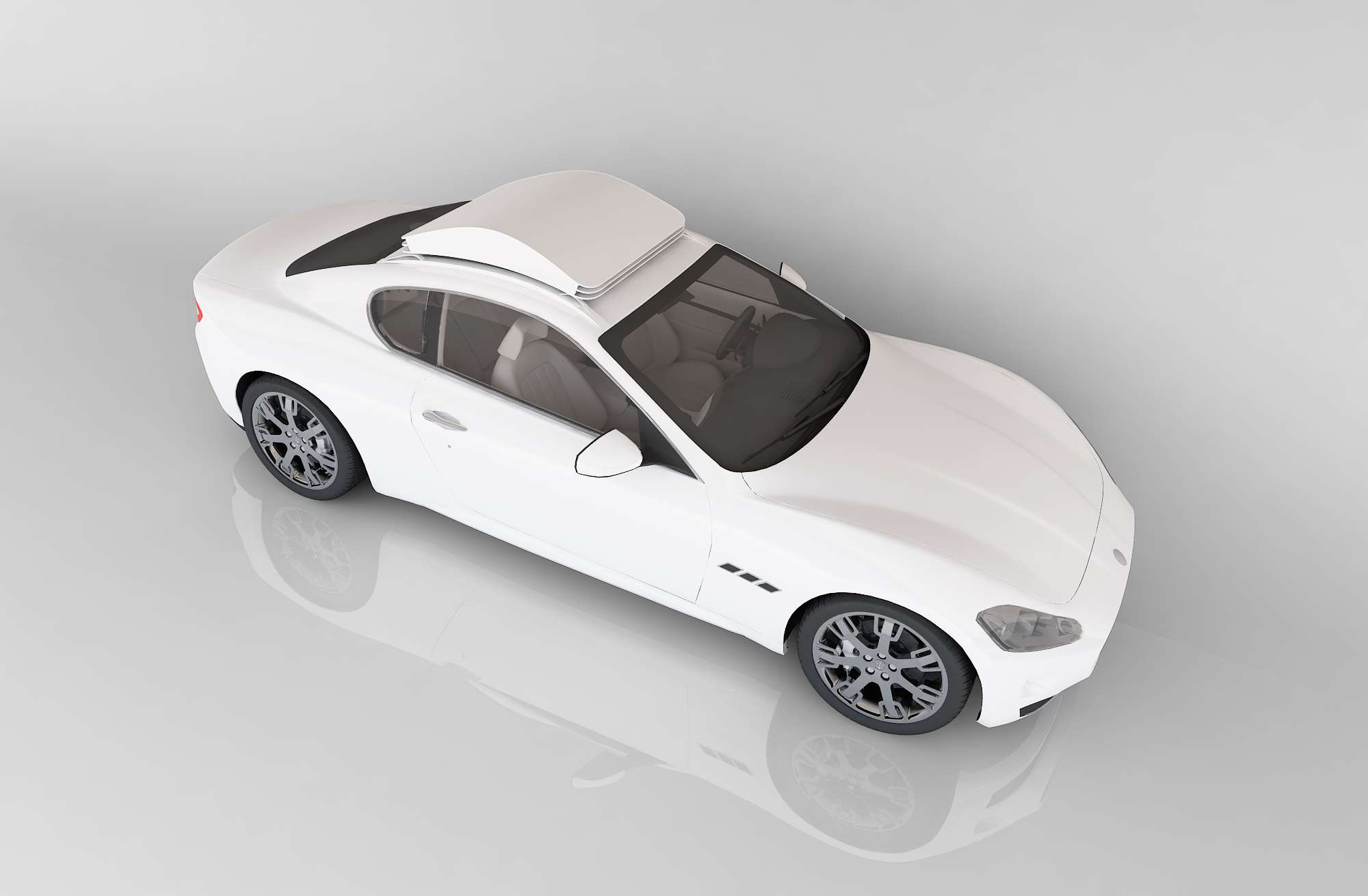 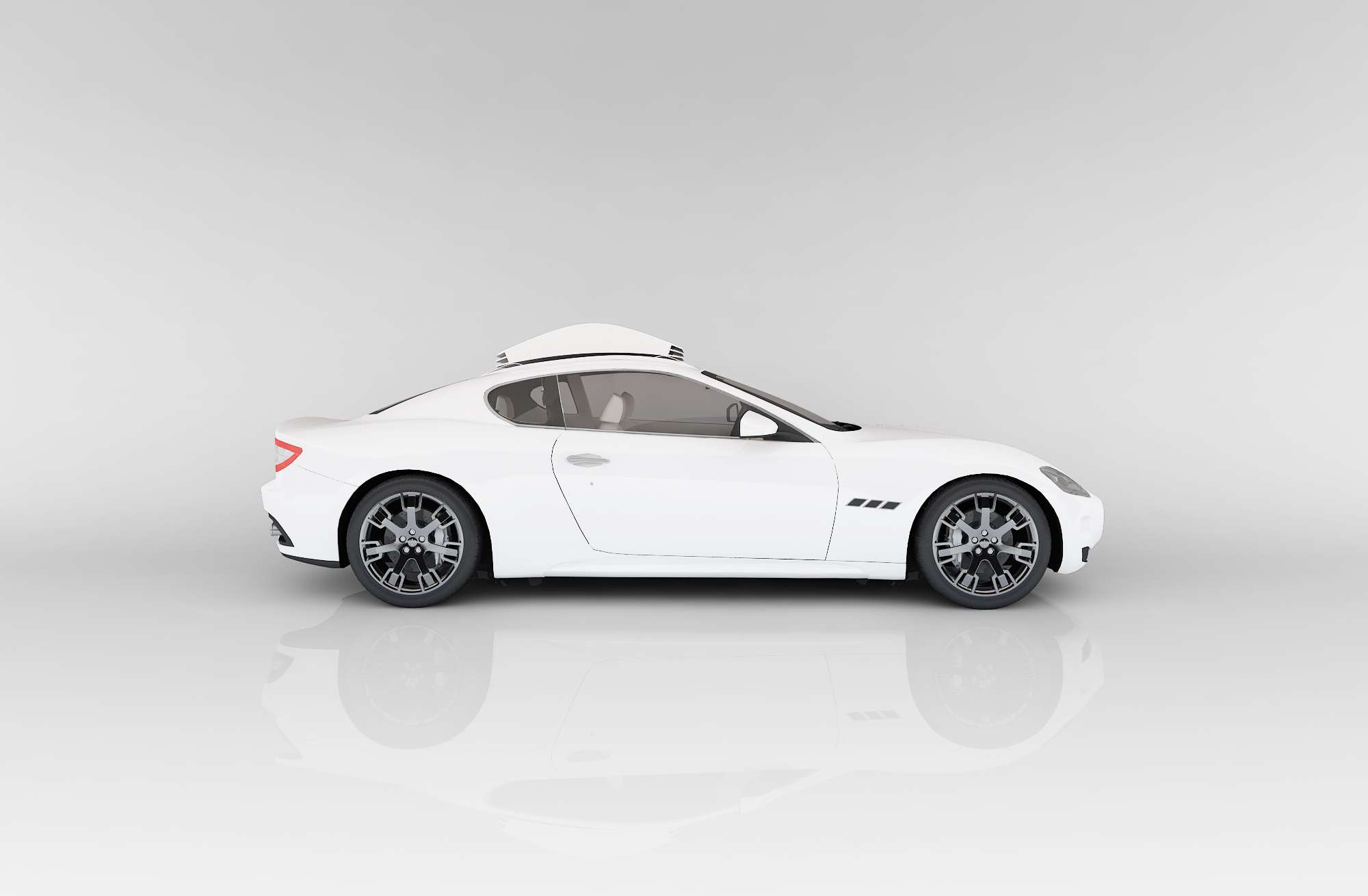 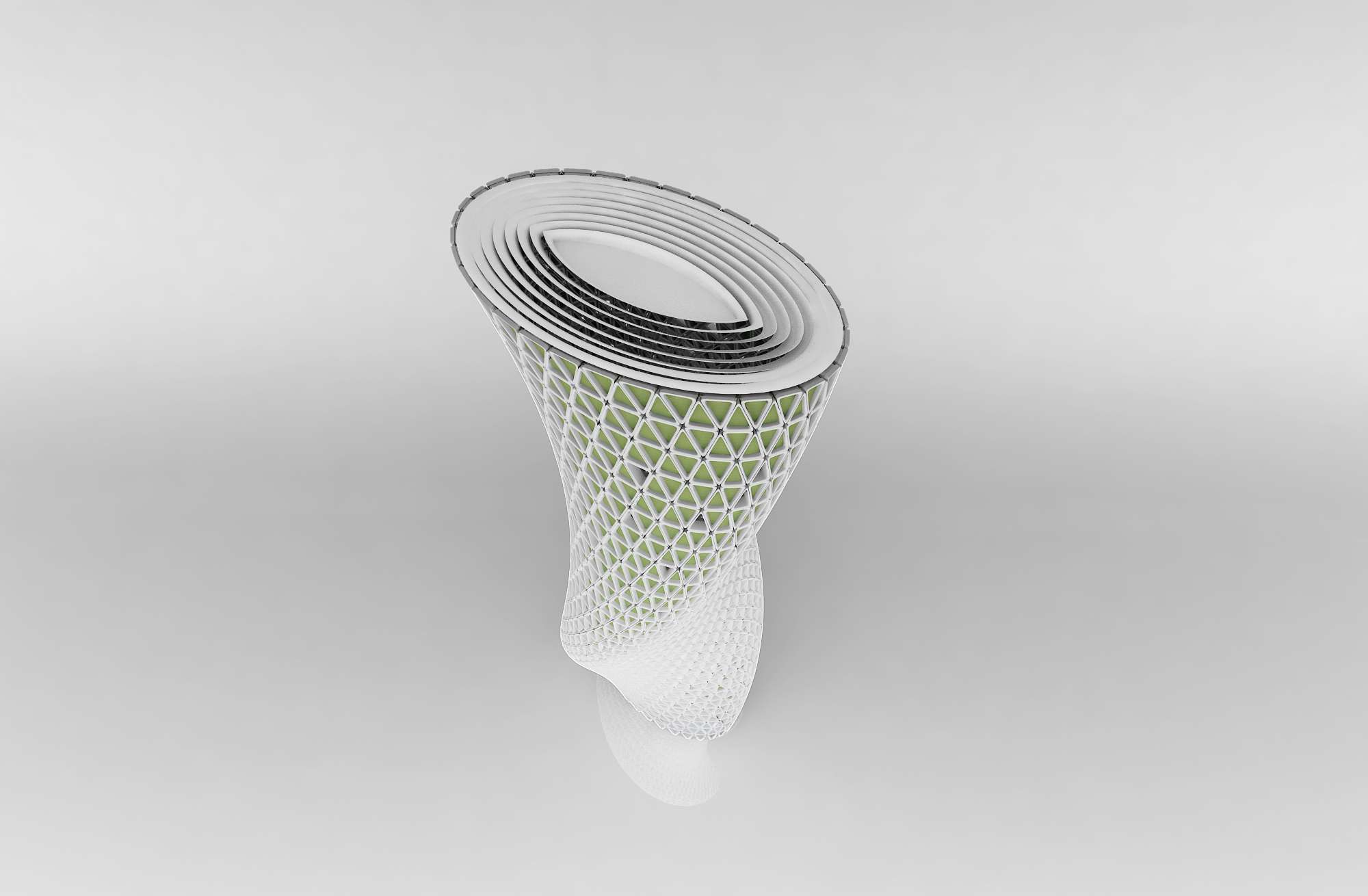 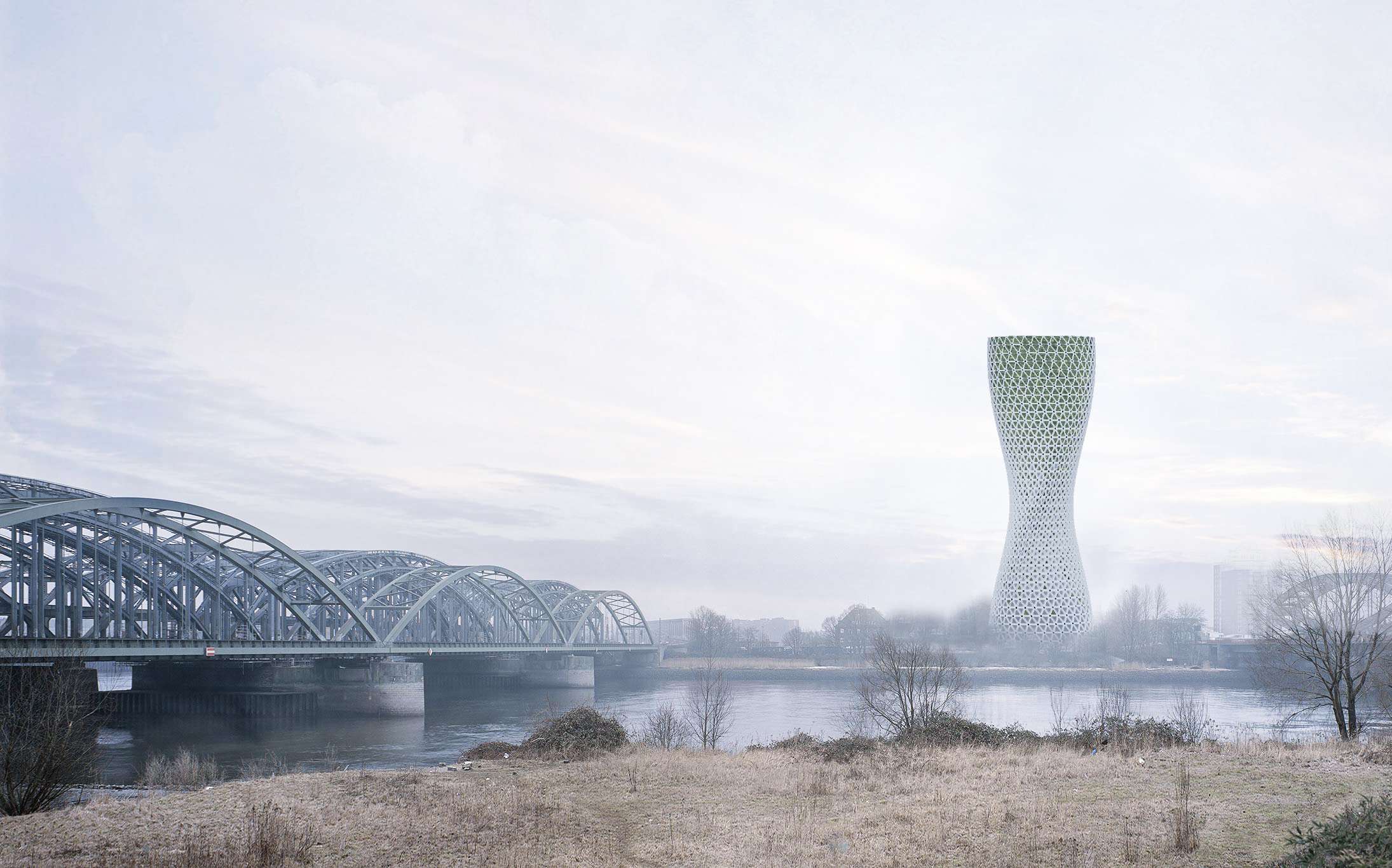 Back to Work: Rethink, Re-Evaluate And Retrofit for Safer Workplaces